You are at:Home»Events»St. Pat’s For All – March 6th

Join us once again for the St. Pat’s For All Parade in Sunnyside, Queens, on Sunday, March 6, 2016. Carriage horse Samson will be on hand again to do parade duties, celebrating Irish heritage and the NYC carriage industry.

We will meet at 43rd and Skillman Ave. between noon and 1 PM. Parade opening remarks begin at 1 PM and the parade kicks off at 2 PM. We’re expecting better weather than last year’s very snowy parade. All supporters are welcome to come march with us. Contact us if you need directions. 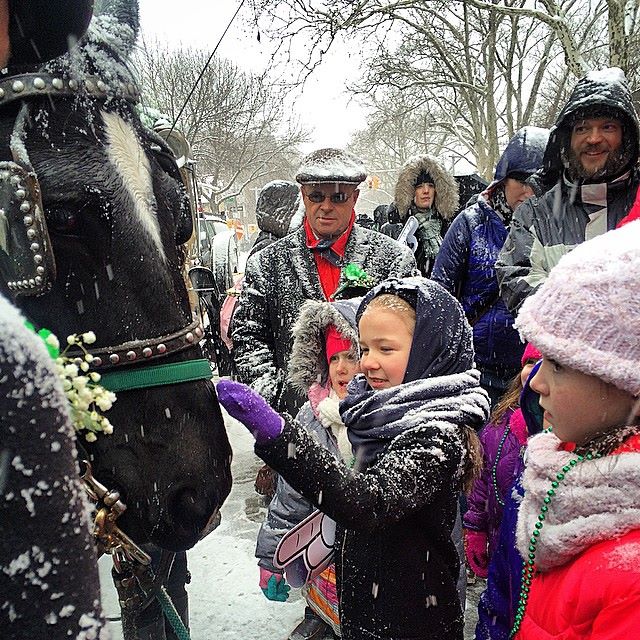 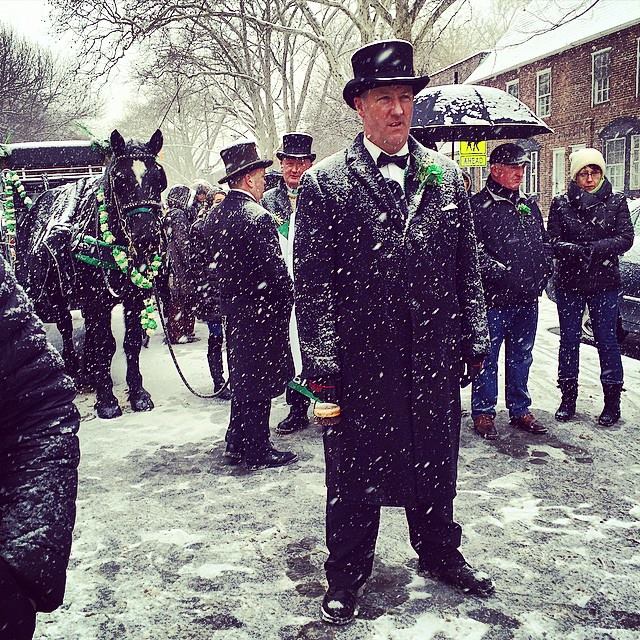 Carriage driver Stephen Malone waiting for the parade to begin, because the Mayor was late last year!