You are at:Home»Who We Are

The carriage industry is a colorful, rich portrait of working-class New York; nowhere will you find a better cross-section of people who represent that demographic.

The approximately 300 carriage owners and drivers are the very definition of "diversity;" newly arrived émigrés from Russia and Haiti, first-generation Americans of Irish and Italian descent, who took over the business from their fathers before them, as well as folks who hail from or whose lineages can be traced to Israel, Turkey, Poland, Brazil, Puerto Rico, Belgium, Mexico, England, El Salvador, Grenada, Canada, China and more.

There are men and women, gay and straight. There are Democrats, Republicans, and Independents. There are folks of the Christian, Jewish, and Muslim faiths, and those who adhere to no faith. There are people in their twenties, and folks who were driving back when Robert F. Wagner was mayor.

We are horse people.
We are carriage drivers.
We are Teamsters.

We are New York.

New York City has long attracted people from all over the world, for its promise of opportunity. It is no different in the carriage industry. Horse people have come from around the United States and immigrated from all over the world for the privilege of working with the carriages of Central Park.
Some individuals have started out as stable hands or sweepers, gone on to get their carriage driver’s license, and have ended up buying their own carriage medallion, becoming small business owners through their hard work.

In the great American tradition of generational upward mobility, sons and daughters of the old-timers have worked their fathers' carriages while putting themselves through school, with several of them having gone on to work in medicine, law, Wall Street, and as entrepreneurs in their own right.

Carriage people raise their kids, save for college, and pay their mortgages through their work with their horses.

The 68 small businesses that make up the New York City carriage industry offer more than just jobs – they are a way of life. 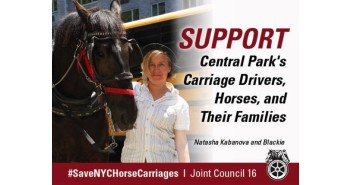 Three years ago, Natasha Kabanova was working an office job. “I left to become a… 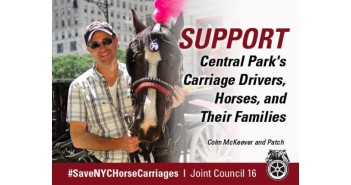 “I’ve always been around horses,” says Colm McKeever. He was born in Navin, Ireland and… 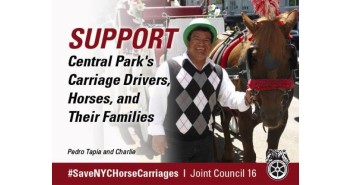 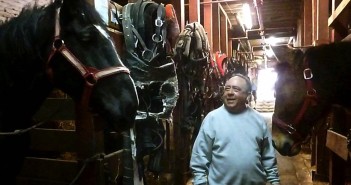 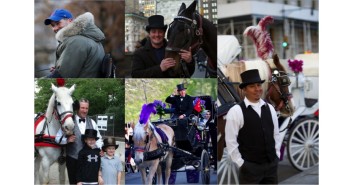 Find out more about the workers that make the NYC carriage industry so great.